This is America. We love our football. It shows the world what we can do, and uses bodies of all sizes to their advantage. We connect better with football than most other sports for that reason.

So we build stadiums. We build them big, extravagant, and unique. We build them downtown, near the campus, by the river, wherever we darn well please. With that in mind, here are my top 5 unique football venues.

Many laughed at the prospect of a struggling team building a lavish venue in a desert suburb, but since it’s construction, the Cardinals have been on the uptick. It was the first NFL stadium with a retractable field, so the grass is perfect even under the roof. And the roof? It’s retractable too. It’s intimate, great sight lines and ample parking.

And it looks cool.

If steel and glass don’t do it for you, check out this gem on the campus of Florida State. 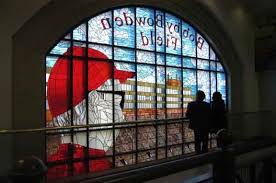 It’s huge. The brick actually matches the rest of campus, paid for by the roaring success of the Seminoles in the 80s and 90s. Statues, stained glass windows, ease of access, and the sheer timeless beauty make this stadium perfect for everything that’s great about football.

Oh you crazy Ducks. You and your total asymmetrical seating, set inside of a hill, canopy, and seats jammed up against the field. We see you up there. The field has an East/West orientation, and the canopy that covers the club seats also covers the home sideline during afternoon games. Clever, Oregon. Clever. The stadium was renovated in 2002, and given the success of Oregon on the field, expect more to follow.

How could this not be on the list? It’s Notre Dame, folks. Stone facade, the library with the famous stained glass window in full view, barely enough lights to make night games possible, and a very shallow incline that’s uniform for the entire stadium insures a full view for all fans. 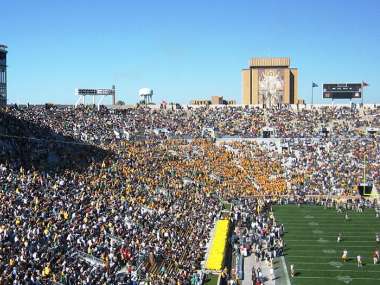 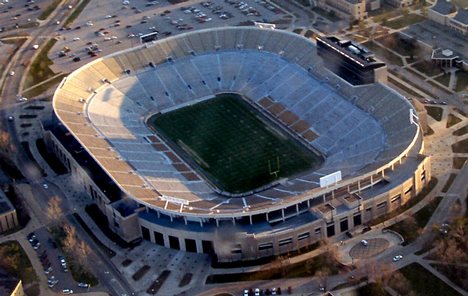 And more history than a tour could suffice.

So who happens to be number one on this list? Those crazy Cajun folks.

When it comes to unique, this place at LSU wins. Several sporadic expansions, including the Governor of Louisiana and the University President compromising on a stadium expansion which led to the installation of dorms inside the stadium. 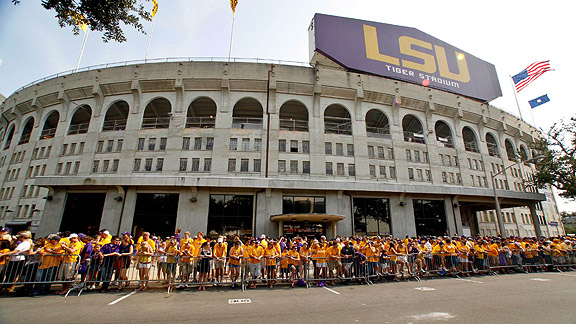 See those windows? Dorms. They were abandoned not that long ago. No AC, and more Spartan than the movie “300”.  The lower bowl has two different grades of slope, from different expansions.

It’s been expanded SIX times. And nothing looks uniform, you can pick out where every expansion took place. To make matters even better, another expansion is planned beginning at the end of this season. Adding to the lore of the architectural plan, the stadium’s configuration makes it about the loudest outdoor venue on Earth. The crowd caused a seismic shift in 1988. Update: Expansion is complete – you can watch the whole thing in a 7 minute video here.